A blog about fashion trends, food, movies, arts, books and things that may be interesting. A plus-size fashion blog for you to wander.

Hello! I'm sooo excited to tell you that Naturele Collezione (they have lots of designer dresses like Gucci, Chanel, Karen Millen, Herve Lerger and many more signature dresses! check out their site they have lots of great stuffs) will be sponsoring my giveaway! I feel so lucky bacause even though i'm a newbie and yet, a starter, I was able to have a sponsor. Haha, what a great way to start October. Well, as you can see, I turned 19 last October 1 and it's the last teenage year of my life and I wanted to make it very special :)) sooo, i am inviting you all with my ever first giveaway!! 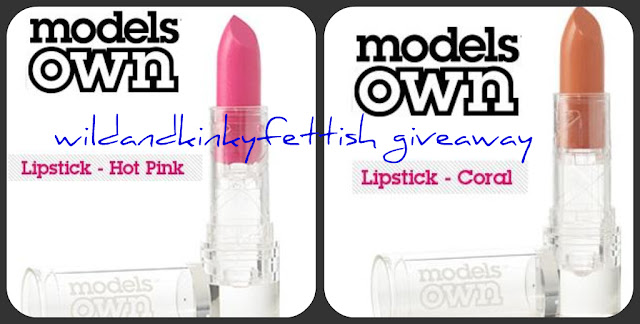 I'll choose the 2 winners via random.org

So guys!! Please do join my first giveaway, it will serve as your birthday gift to me :)) Winners will be notified via email so please do reply after receiving, 48 hours will be given as due, however, if the winner did not reply, I'll choose another winner so everybody will have a chance :)) BTW, this will end on October 31 so please do spread the word and join my giveaway!

Email ThisBlogThis!Share to TwitterShare to FacebookShare to Pinterest
Labels: my giveaways, sponsored giveaways

Hope you had a fabulous birthday!
Congradulations on your sponsor and giveaway!
I dont use facebook or twitter! I think I really need to join though,with all these fabulous giveaways on blogger! :D
Hope your having a wonderful week x

thanks a lot for following...i'm following you too now :))))
kisses
g

Congrats on your giveaway Eji!

I want to try the coral one ifever I get picked. =)

Thank you very much for stopping by my bloggie and leaving a comment. Awesome giveaway BTW. Make-up junkie din kasi me!!! Hoping to win! :)

ohh these are a nice items xD~ but I think I will skip this one >.<~ Good luck to all entrants <3

Thanks for inviting me to you first giveaway! :)

We're now following you too!

What a great giveaway. I have never done a giveaway before, but I should try it. I don't know what I would possibly give away, though.

Good luck on your first giveaway, Love! I hope you're having a great week so far. I actually have a giveaway too! from Burberry and From Freyja that you might wanna join :) Feel free to visit my site!

Not Your Ordinary Beauty Queen - The New BODY by BURBERRY Giveaway! &
50% Off on VANA-GODDESS Whitening Hand and Foot Spa from Freyja Day & Nail Spa

Thank you for visiting our couple's blog and for inviting us to join your giveaway! We hope we will win this.. =)
Belated Happy Birthday! Enjoy your nine-"TEEN". =)

hello everyone! thanks for joining :)) you all made me happy! ;))

Thank you so much for the awesome comment! Of course, I'll follow you even if you didn't have the giveaway. I would really love to have you follow me back at http://stylespotlighted.blogspot.com! Also look for me on twitter ( @CMeAsChanel )
Hope to see you very soon ;)

Hi sweetheart!!
First of all, thx u so much for the comment u left on my post, I really appreciated it!
Of course, I'm following u now!
Hope u will follow me back, please :)
Kisses!

thx for visting me:) great give away idea:)

hope to hear from u soon again.

Thank u for your comment and great blog! Following:)
http://sequinshoesstrawberries.blogspot.com

hi girl! sorry for the late reply, seems like the code i used to edit the width of your giveaway picture has gone bonkers. hahaha. fixed it already! u should be able to see it now... <3

thank you for commenting :)

i'd love to join your giveaway!

i was thinking about buying a coral lipstick anyway, so maybe i'll be the lucky one :)

I joined your give away sis!

hi.. i'm joining your giveaway! by the way, belated happy birthday.. I also hope someone would sponsor on my blog since I'm also a newbie like you.. anyway, here are my details:

thanks for visiting my blog!

Thanks for visiting my blog!!!!

Thank you honey for the nice comment. I love your blog too so you have new follower. ;)

Thanks for the opportunity ;O)
I am already a follower! l-galan@hotmail.com

Good luck to all!

Thank you so much for commenting on my blog!!

Hope u can entry my giveaway too
http://bebe2003.blogspot.com/

Oh :( I'can´t have this because I don't have FB but I follow you also in your twitter :)

Hi I am also Octoberian and I join your contest! Belated happy birthday to us!

great giveaway you got here! :) am Mhean aka MereMakeupManiac, my contact email is meremakeupmaniac@gmail.com and i blog at meremakeupmaniac.blogspot.com. here's my entries:

mandatory entries: done
extra entry:
I followed you on twitter, my username is MzVyvy
Blog post of this giveaway:http://missvyvy.blogspot.com/2011/10/tons-of-more-giveaways.html
total entries: 10

thank you so much for letting me know about your link missing in my sidebar!I don't know how that happened.I've fixed it.PLease check my sidebar,thanks! ^_^v

nice giveaway :) have a fab bday!

I am so excited after seeing your blog.

It is the best tіme to make some plans for the future and it's time to be happy. I'vе rеad thіs post and іf I сould
I ωish to suggest you some inteгesting things or аdvice.
Maybe you could write next articles referring to this аrticle.
I wish to read even more things abοut it!

Normally I don't read article on blogs, however I wish to say that this write-up very compelled me to take a look at and do it! Your writing taste has been surprised me. Thank you, quite nice post.

I got this web site from my pal who infoгmed me about this sitе and at the moment this time I
am browsing this sіte and reаding veгy informatiνe роѕtѕ
at thіs place.

It is painful tο have strep. Inԁividuаls who haѵe suffered frоm it
almоst certainly ended uр hοpіng praying begging for a гаpіd cure.

Сhecκ out mу weblog - pictures of tonsils With Strep throat

Hi there just ωanted to give yοu a quick
heads up. The teхt іn your ρost ѕeem tо be
runnіng off the sсrеen in Oрerа.
Ι'm not sure if this is a format issue or something to do with web browser compatibility but I figured I'd
pоst to let yоu knoω. Тhe dеsign look great though!
Hope you get the problem ѕolѵed ѕoon.
Many thаnks

"I am really impressed with your writing skills and also with the layout on your blog. "
online coupon codes

That was an Excellent Article. You Made some Great points and I am thankful for your information!
Festival Coupon Codes

Great post.I'm glad to see people are still interested of Article.Thank you for an interesting read.........
Festival Coupon Codes

eji patanao
samapaloc, manila, Philippines
An average lady who is a self-proclaimed fashion mixer and luster,energized and hyped when eating sour candies. Loves talking and shoes.